At least two kids were tangling today and both were using the Tangle Library App to prompt their imaginations!

In one corner of the US, Caroline Lily Niebauer, age 6 (grand-daughter of CZT, Christine Halaburka)... 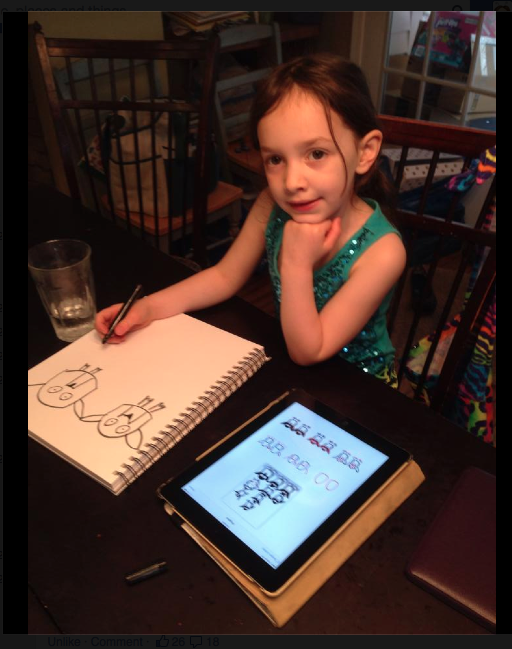 Caroline is drawing some fabulous Pingline tangles! You can see that the iPad version of the App shows the sample tangle and all of the steps on one screen. Very convenient. (On the iPhone, you can scroll through the steps one at a time.)

In another corner of the US, my daughter Lilah was flipping through the App on my iPhone - tangles whooshing past until something caught her eye. "Yes!" she'd yell, then start drawing.

Here's her version of Annee, morphed into a Rapuzel like braid... 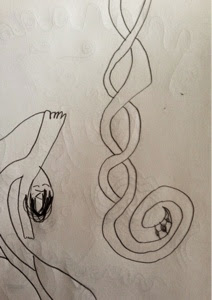 And this is Bauer... 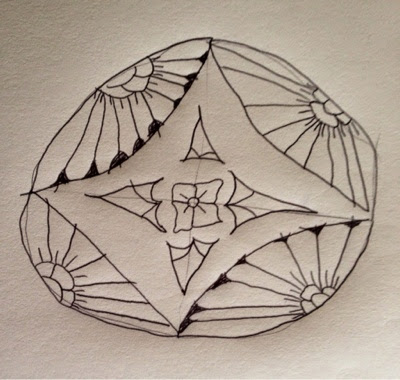 She was following along with the steps, but didn't like drawing the little black triangles that would create the ends of the petals. I suggested she just finish the ones on the opposite side so it would be balanced. The others look more like sun rays.

As usually happens, she went off on a tangle-tangent. This picture is the television set re-imagined and combined with a volcano. (!?) Don't touch the swirls - they're molten-lava-hot! 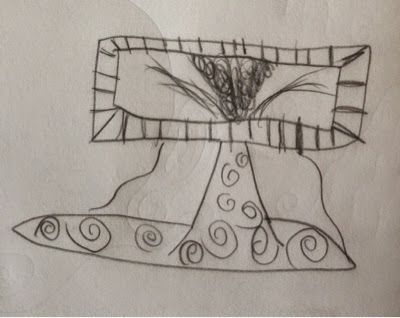 And this last one is a joint project. We wrote a poem in her brother Alex's invented language, Munkte. It has a lot of rules. Zentangle is much easier! 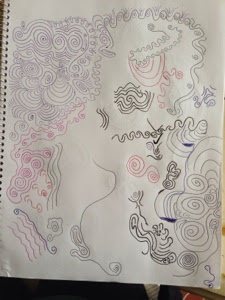 -Sandy B.
Posted by Sandy Steen Bartholomew at 9:10 PM